**This article uses the adaptive notation system you selected in you profile. You will also notice that many phonemes are written using the International Phonetic Alphabet (IPA). This is because some phonemes in Amharic do not exist in American English and no equivalent could be shown. 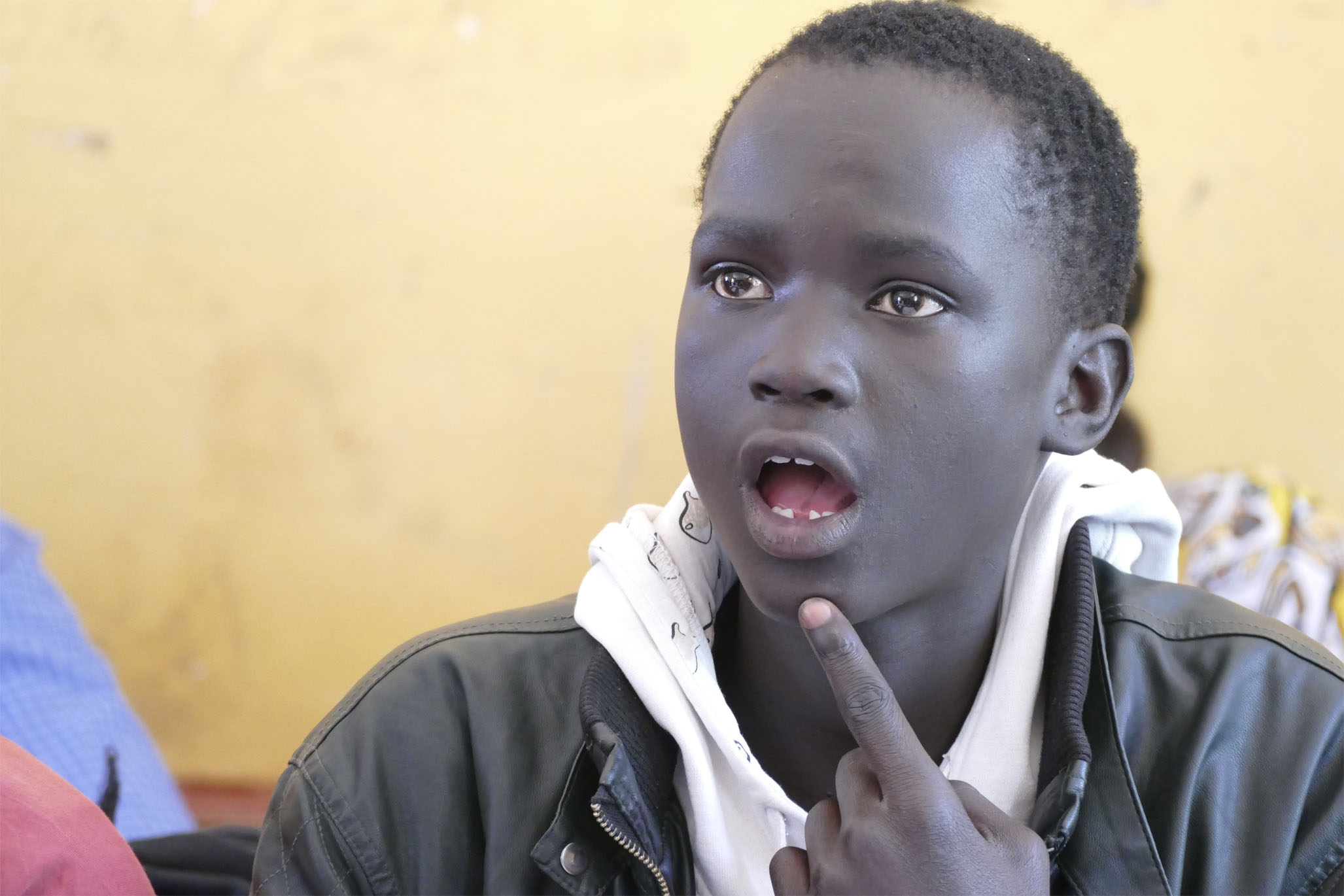 አማርኛ እይታ (pronounced /ɑäahɑäahɑäahmmmmmmmmmɑäahɑäahɑäahrrrrrrrrrɪĭiɪĭiɪĭinnnnnnnnnjyyjyyjyyɑäahɑäahɑäah/ /ɪĭiɪĭiɪĭijyyjyyjyyɪĭiɪĭiɪĭitttttttttɑäahɑäahɑäah/), or Visual Amharic, is the adaptation of Cued Speech to the Ethiopian language Amharic. The adapation was the vision of Dr. Miriam Redleaf. Dr. Redleaf is an otologist (ear, nose, and throat physician) and the Director of Otology Hearing Services at the University of Illinois Hospital and Health Sciences System. Dr. Redleaf, who has spent considerable time in Ethiopia, recognized the potential of Cued Speech to represent Amharic, which is uses a consonant-vowel syllabary for its written form. The adaptation was devised by Thomas Shull and evaluated and named by Dr. Telahun Gebrehiwot, professor of Amharic at Boston University.

Because the written form uses a single symbol to represent both a consonant and a vowel, the concept of consonants and vowels as separate entities were challenging to represent. Traditional Cued Speech charts display handshapes and vowels separately (with vowels shown as dots on a face with letters resprenting vowel phonemes). For languages like English, one can separately depict the handshape representing /bbbbbbbbb/ and vowel placements representing vowels like /iēeeiēeeiēee/, /oʊōohoʊōohoʊōoh/, /ɔɪoioyɔɪoioyɔɪoioy/. Then the cuer can combine them to represent the words bee, bow, and boy. However, in the written form of Amharic, the consonant and vowels are depicted together in a single symbol. One cannot show one without the other.

The illustration above shows the Amaric letter በ (/bbbbbbbbbɛěehɛěehɛěeh/) with each of the seven vowels: /bbbbbbbbbɛěehɛěehɛěeh/, /bbbbbbbbbuo͞oueuo͞oueuo͞oue/, /bbbbbbbbbiēeeiēeeiēee/, /bbbbbbbbbɑäahɑäahɑäah/, /be/ (similar to, but shorter than the English diphthong /bbbbbbbbbeɪāayeɪāayeɪāay/), /bbbbbbbbbɪĭiɪĭiɪĭi/, and /bo/ (similar to, but shorter than the English diphthong /bbbbbbbbboʊōohoʊōohoʊōoh/). While the single consonant-vowel symbol posed a challenge for depiction on a chart, it presented opportunities in instruction. Amharic vowels are consistently presented in a set sequence (see above). This means that Cued Amharic instructors need not teach vowel placements separately to students. However, placements can be learned naturally through the instruction of consonants.

The adaptation was completed in January 2015 (Ethiopian year: 2007) and taught at the VICKtory School for the Deaf in Addis Ababa, Ethiopia from February 2-February 8, 2015. Printed instructional materials that have been created include a chart, the cued Fidel (i.e., syllabary), and an instructional workbook.

Ejectives consonants, sometimes called emphatic consonants, are spoken with an accompanying sudden release of pressure at the glottis. These are contrastive and therefore are phonemes separate from their non-ejective counterparts.

1 There is no English approximate for this consonant represented in IPA as /x/. It is similar to a combination of the English sounds /kkkkkkkkk/ and /hhhhhhhhh/ and found in German words, like "buch" (book).

2 The Amharic consonant /ts/ (as in tsetse fly) is a single phoneme that resembles the two English consonants in bats.

3 Ejective consonants contrast phonemically with /kkkkkkkkk/, /ʧchchʧchchʧchch/, /ttttttttt/, and /ppppppppp/. Ejectives are sometimes written with a dot under the symbol or with an apostrophe (e.g., /ḳ/ or /k'/).

The number and distribution of consonants in Amharic required the inclusion of a ninth handshape. The ninth handshape in Cued Speech adaptations is generally a loose fist with the thumb extended. However, this adaptation incorporated a handshape produced similarly to handshape 8 (with the index and middle fingers spread), but with the addition of the extended thumb.

3 No precise English equivalent is available. While the vowel is transcribed here as /ɛěehɛěehɛěeh/, it is also frequently described as similar to the schwa /əəəəəəəəə/.

The mouth placement was renamed the lips placement because the Amharic words for mouth and chin begin with the same letter. By using the term lips placement instead, cue notation can be used more easily for instruction and materials development.

Overlap with Other Adaptations

Every effort was made to assign phonemes with equivalents in other languages to the same cues in those languages. It is not possible to overlap completely because discrepencies between adaptations already exist. For example, the single consonant phoneme /ɲ/ is cued with handshape 2 in Spanish (e.g., baño) and handshape 6 in both French (e.g., ligne) and Italian (e.g., gnocco). In English, the closest equalvent is the combination of the two consonants /nnnnnnnnn/ and /jyyjyyjyy/ (e.g., lasagna). For Amharic, the decision was made to use a single handshape (since it is a single phoneme) and it was assigned to handshape 2. The assignment was primarily to ensure maximal visual contrast with other phonemes grouped on the same handshape and not a decision to align specifically with the Spanish over the French cues.

The assignment of phonemes to cues in the adaptation Amharic aligns with the majority of other systems for nearly all phonemes. Three notable differences are the vowels /ɑäahɑäahɑäah/ (throat), /o/ (mouth), and /e/ (cheekbone). Cued American English represents /oʊōohoʊōohoʊōoh/ and /ɑäahɑäahɑäah/ as side movements. However, this assignment in cued Amharic would have caused a need to flick like-handshapes with a frequency that was deemed excessive. For example, Amharic allows double consonants (i.e., geminates) and this feature can change the meaning of words. The word wana (/wwwwwwwwwɑäahɑäahɑäahnnnnnnnnnɑäahɑäahɑäah/) means swimming while the word wanna (/wwwwwwwwwɑäahɑäahɑäahnnnnnnnnnnnnnnnnnnɑäahɑäahɑäah/) means important. The use of the flick is required to show this distinction in American Cued Speech. However, by assigning /ɑäahɑäahɑäah/ to the throat in Amharic Cued Speech, these words are cued distinctly without the necessity to flick (i.e., wana is cued 6t4t and wanna is cued 6t4s4t). It may be worth noting that these two words are spelled identically in Amharic (ዋና), cued Amharic is essential for providing visual access to this distinction.

The vowel /e/, which is not represented in cued American English was placed at the cheekbone (a vowel placement used in several other adaptations). However, this vowel phoneme is cued at the throat in French. It's placement at the cheekbone was to ensure maximal visual contrast with the other vowels. The cheekbone is is the only cue in the Amharic adaptation to represent only a single phoneme.